This is the summary of consumer reviews for DHP Emily Convertible Futon Sofa Couch, Multiple Finishes. The BoolPool rating for this product is Very Good, with 4.30 stars, and the price range is $169.00-$236.00.

Reviewers described the DHP Emily Convertible Futon Sofa Couch in six words: comfortable to sit, hard to lay. This futon appears to be a piece of furniture for looks rather than comfort. Reviewers were drawn in by the sleek, modern design. It fit in nicely in smaller places which gave the room a chic look. The low price convinced them to give the folding couch a try. Its light-weight structure made it easy to transport and assemble. Reviewers sat on the couch form and thought, "This isn't too bad." It was a perfect fit for casual lounging. They unfolded the couch into a bed with so much ease, the DHP Emily Convertible Futon definitely seemed like a solid purchase at a cheap price.

But then reviewers laid down on the futon in bed form, and the tone of reviews changed. Some reviewers claimed the bed was comfortable enough. Others thought the bed would get temporary guests through the night. Most reviews were not comfortable at all on the bed form. While they appreciate the price, the design, and couch form, reviewers recommend you avoid the bed form of the DHP Emily Convertible Futon Sofa Couch. There were also issues with the packaging and delivery. Some futons arrived with damage, and reviewers attributed that to the packaging or lack thereof. If the DHP Emily Convertible Futon sounds like the right purchase for you, then you may want to purchase in store. 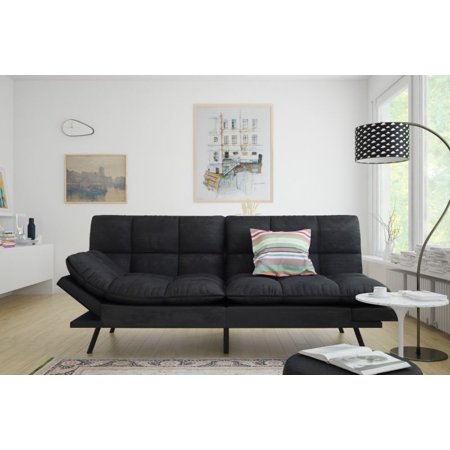 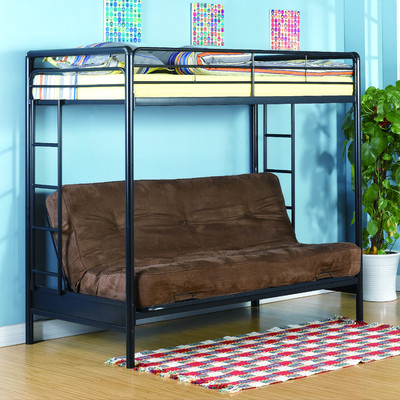 Rating : 4.30 stars Form 2316 Reviews
Ratings Badge
Rating : 4.30Very Good
Read Product Review
Copy the code below to the webpage where you would like to display the Ratings Badge: